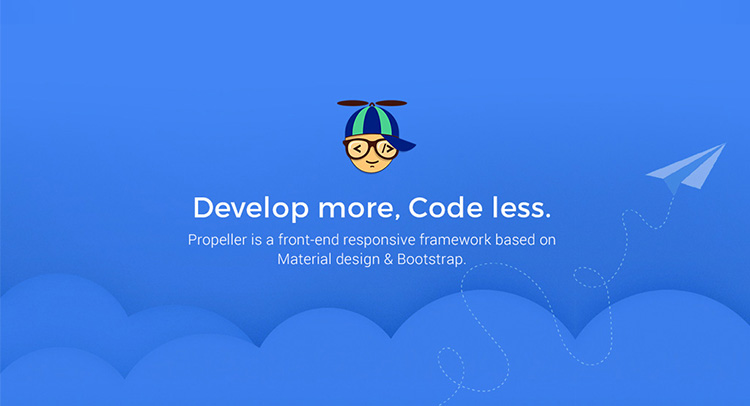 Not a day goes by when you don’t hear about a new framework to accomplish something faster in a simpler, better way. It seems we need framework to manage all these frameworks! Still we spent an entire year building one more framework – Propeller.

Obviously it deserves an explanation.

So what is Propeller?

Propeller is a front-end responsive framework, based on Google’s Material Design Standards & Bootstrap.

And why did we create Propeller?

Propeller is crafted by the creative minds at Digicorp. Designers and developers face some common obstacles while developing web-based apps and websites. They are mostly related to :

We thought that if we can figure out a solution around these obstacles, it would help us maintain the quality of products we build for ourselves and our clients (mostly startups) and ship them faster too.

This is when we started building D’Material – a library of most frequently used html-based components. We developed basic components like dropdown, date picker and a few advanced components to begin with. We did not build everything from scratch. We did a conscious effort to reuse most of the components we had created in past.

We selected Google’s Material Design as library’s design language as we were confident about its design principles. Bootstrap being a stable and a very popular framework in design and developer community was again a clear choice for coding it.

In about a year’s time, as a side project, we built a library of 19 components and a template. We also used that template as a backend theme in many of our products. We, the design team, were using D’Material everywhere and were confident about its effectiveness (It saved us a lot of time and made us deliver mockups faster than ever. We also noticed that code was no longer developer-dependent, but followed a general standard).

Well, while we (the designers) were happy building and using the library, it took us time to convince our in-house development team to use it. They were probably uncomfortable switching to a library that was not globally tested or accepted (compared to the ones they were currently using).

For quite some time, we tried pushing it internally but it didn’t work. So instead of convincing (or forcing!) our in-house developers to use D’Material, we decided to tread the more difficult path – make D’Material global and acceptable across the world (perhaps it will work as a reverse psychology for our developers!). It should also give us a lot more confidence in our capabilities as designers.

Founders of Digicorp were equally confident about this approach. To take it even further, Abhishek Desai, one of the co-founders, came up with the name Propeller. It was an apt name as it reflected the purpose of D’Material very well – “Propel the development”.

So, to propel development all over the world, we launched Propeller on Wed, Oct 26, 2016. The philosophy remains the same, to put our components library together and keep evolving it till the world (and our in-house team) starts using it.

To be honest, we know we can’t do this alone, so we have made Propeller open source under MIT Licence. That does not mean that we have abandoned the project and now expect others to take care of it (as it happens in many open source initiatives, especially started by companies). Every single day, we are contributing to the framework and look for your support and feedback.  We have a small but vibrant community on Github right now, and expect it to grow bigger from here on.

If you have made it so far, thank you so much. Please do check the library on Propeller Website or on Github. We are looking forward to have you onboard, either as a user or as a contributor! 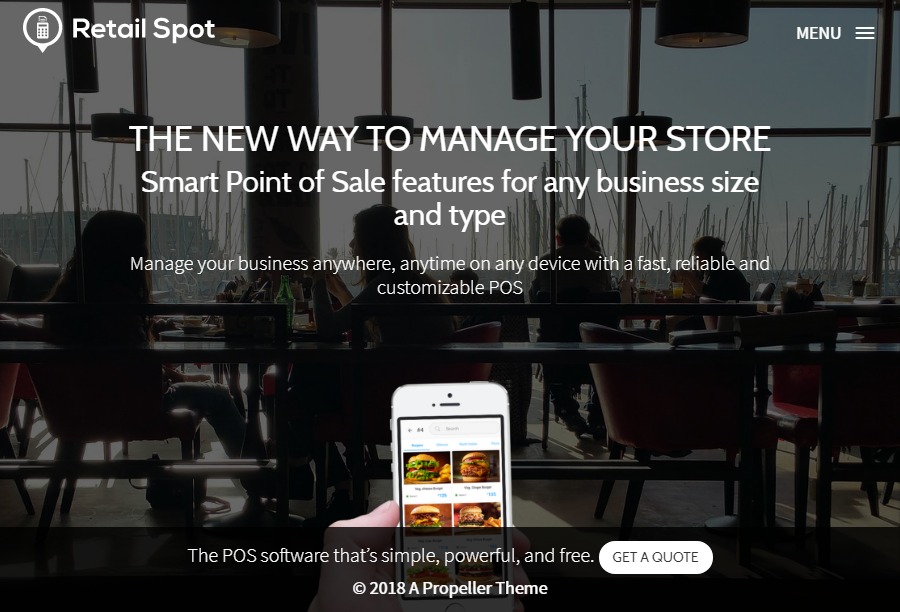 Retail Spot is an ultimate Multipurpose Marketing HTML theme for advertising your software or web and mobile-based application. It is a clean coded app and software marketing theme best suited to market your bespoke Point of Sale (POS) solutions designed for retail stores, small and medium-sized businesses, restaurants, chain of hotels etc. 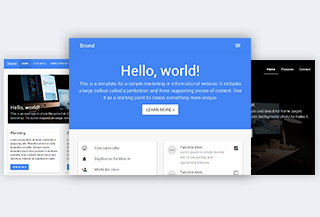 Propeller – Bootstrap starter templates is a package consisting of some basic style templates that will provide you a great starting point.

All these templates are designed using basic Propeller components like navbars, cards, jumbotrons, etc. So can also be used as great learning examples if you’re just getting started with Propeller.

A one page WordPress theme apt for your Startup’s marketing page. A visual editor that allows you to custom select colors and fonts that suits your brand. LaunchSeat comes with a user manual to guide you through the theme configuration and usage details. 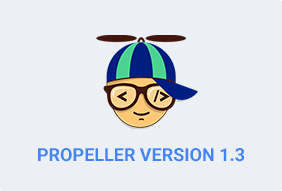 Team Propeller releases it’s next version - 1.3.0. With the integration of Sass, the theme and components can now be customized using the Sass variables, maps and functions defined by Propeller. Develop More, Code less and deliver quicker with the Sass update to the framework.

Our team is here to help and would be happy to hear from you.

Have feedback, suggestions or questions?

Please help us spread the word